Another Angry Voice (AAV) aka Tom paid a visit to Bristol on 5th March.

AAV introduced himself as a regular guy and emphasized that if he can do a political blog then anyone can. 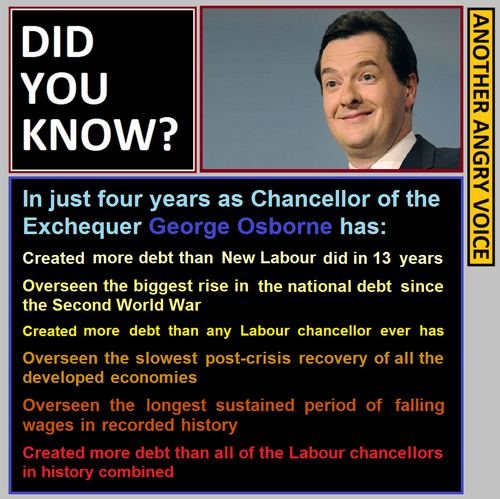 An example of an infographic by AAV.

AAV brings up the information war that left has been quite bad at communicating left wing ideas. Terms like Socialist, Anarchist, Communist, Green etc. are all loaded with distorted emotional meanings that people do not want to be associated with. He calls it ‘Tabloidesque` definition:

AAV’s strategy is to communicate the ideas only, without using the label, because as soon as you label yourself as something, attacks follow. He says:

“You can get socialist ideas across without ever mentioning the word socialist because the definition is owned by the establishment and the right wing.”

Through his consistent use of infographics drawn primarily using Microsoft Paint to illustrate his points simply, AAV has raised the profile of the voice of the left and has nearly 140,000 followers on his Facebook page at the time of writing this.

“The enemy wants us small with a language that nobody understands, wants us as a minority, wants us refuged in our traditional symbols. He is delighted because he knows that in this way, we are not a danger.” - Pablo Ignesias

AAV uses example of Pablo Iglesias from Podemos, a Spanish movement that has formed a high profile left wing political party in less than a year. He describes their communication strategy as both skilful in their simple use of language and evil in their use of emotive language to activate the masses against the establishment.

“The smart way to keep people passive and obedient is to strictly limit the spectrum of acceptable opinion, but allow very lively debate within that spectrum.” - Noam Chomsky

Is it not all that BBC Question Time is week after week? Issues covered are identical, typically things like immigration, benefits, NHS… far from the issues that really affect people in real life, only to distract us from the real issues.

AAV compares voting for Labour as the same as voting for Tories without as much brutality.

On capitalism, AAV clarified that large corporations like Apple are not a good example of capitalism and its success as is often quoted.

With regards to the benefit cuts, AAV speculates that the public sector workers are under pressure to get a number of people off benefits benefits every week. As a result, people who are most vulnerable are pressured to jump bureaucratic hurdles and are forced into destitution.

AAV is an admirer of the new Greek financial minister Yanis Varoufakis of the Syriza party and recommends watching this interview with Max Keiser:

On Green party, AAV thinks that revolution in the UK will probably called something else but shares similar ideology, possibly a coalition of the left like Syriza party in Greece. He thinks that Greens, who have seen a massive surge in membership recently has a connotation to being a single issue party despite their effort to incorporate issues like social justice into their image.

A member of the audience draws attention to Bristol’s own independent voice Bristol Cable who publish on a bi-monthly basis.

AAV recommends the following blogs who have shared a similar beginning:

Check out AAV’s own blog here.